During my apprenticeship I also gained knowledge about welding. Among other things, I learned to weld with gas and oxygen, electrode, MIG/MAG and TIG.

As a teenager, my father had bought a welding transformer with a maximum of 150 amperes. The device had 5 switching stages and had only allowed AC welding. The device weighed over 50 kg.

When I built my sister's house, I used it to weld the banisters and the staircase. In the process, the capacitor of the device blew up in my face. The thermal load was too high.

After a replacement capacitor was procured, it could go on. For better cooling, I had installed an additional fan in the device.

After my parents had passed away, nobody wanted to have the drum, not even me. The part was much too heavy for me.

A few years later, I thought about creating a small welding inverter. It became a device with max. 200 Amper.

Some time ago Lidl had again a multi-welding device for under 200, - euros on offer After I had rummaged through the relevant forums and the device reaped consistently good reviews I ordered the device. The crux of the device was a missing wire feed control. However, I was able to fix this with the support of my brother (electrical specialist). 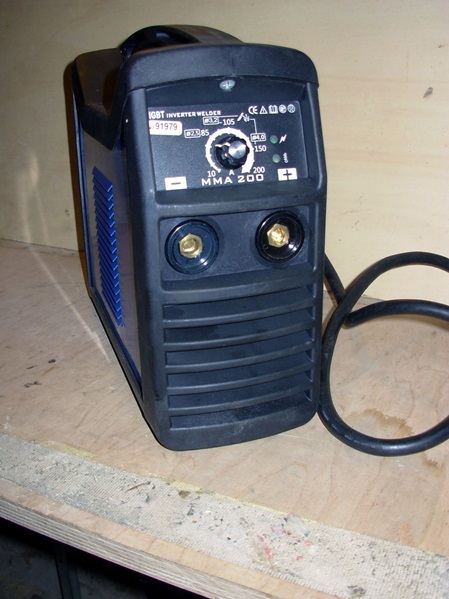 This is my welding inverter with max. 200 Amper power. 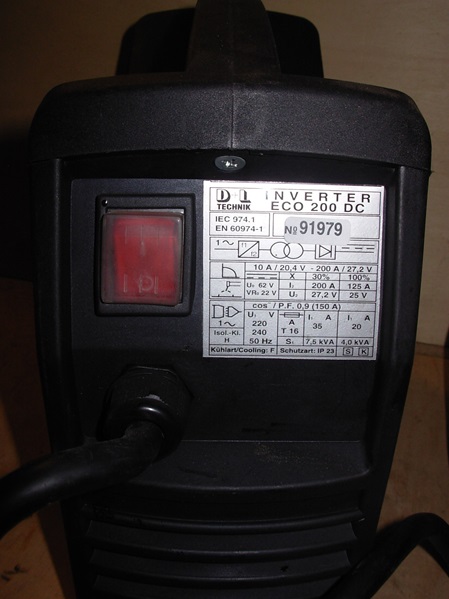 Back of the device. 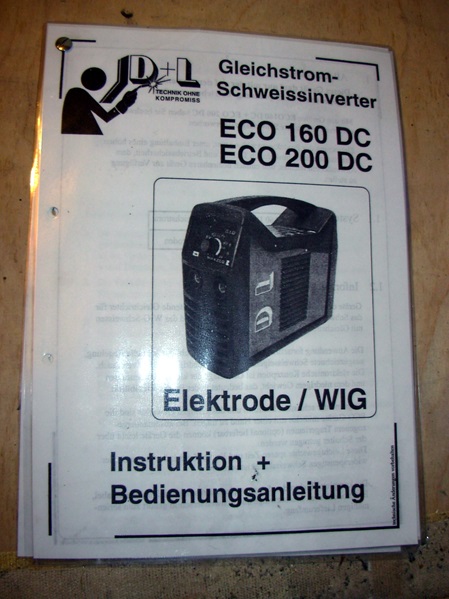 Multi welder from the discounter Lidl. 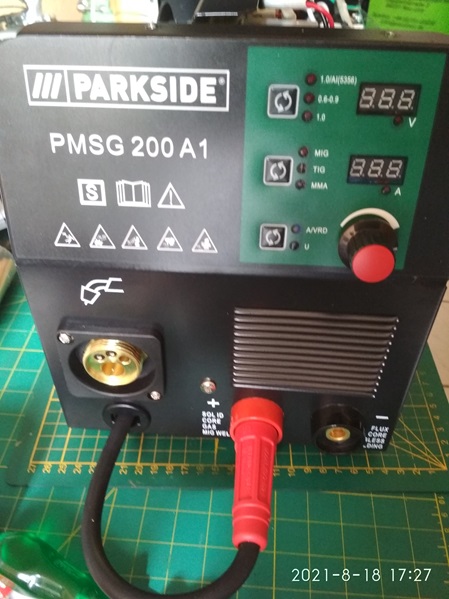 In the delivery status. 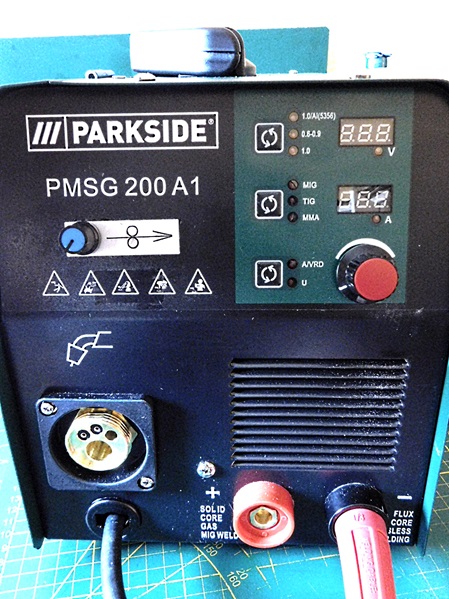 ​This is the multi welder from the discounter Lidl. The blue knob controls the wire feed and was retrofitted by me.​ 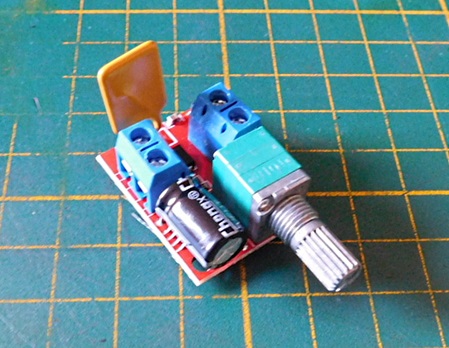 This is the electronics for the wire feed control. 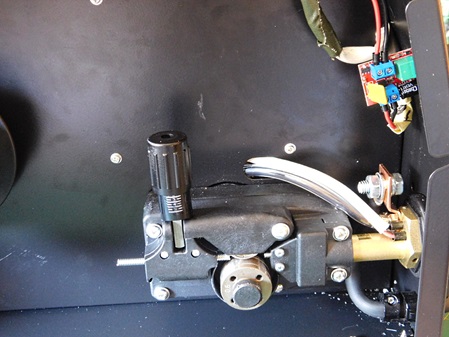 This control is built in here.

This manipulation of the device will annul any warranty.

I am well aware that the multi-welding unit is a device that adjusts the feed rate itself depending on the set parameters. However, occasionally one would like to readjust something.

Once again, please note that any tampering with the device will void the warranty. 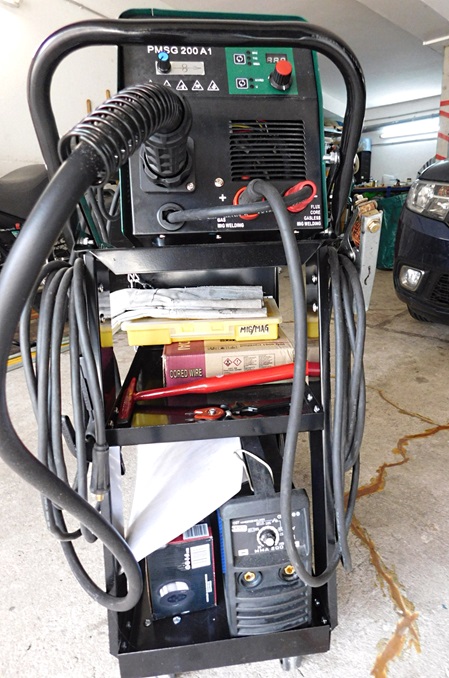 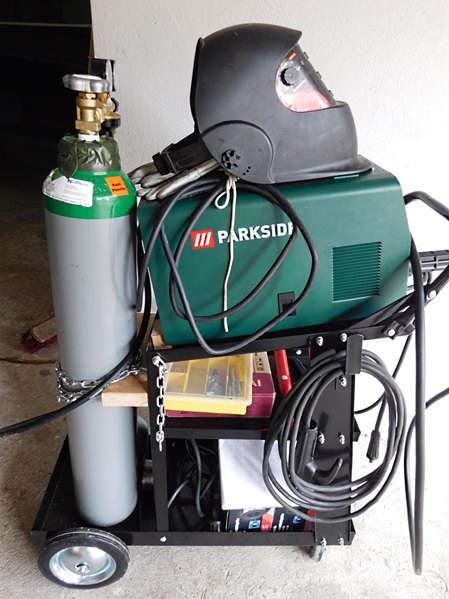 In the meantime, both devices, including accessories, are on a welding cart in my garage.

I can also use the welding cables from the small welding inverter for the multi-unit. The connections are identical. 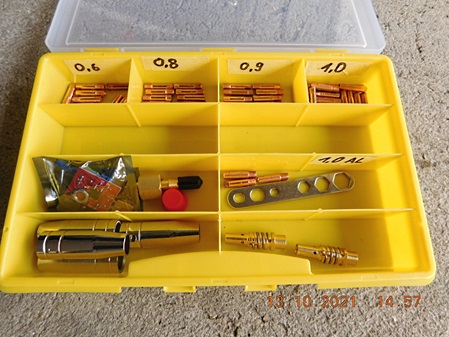 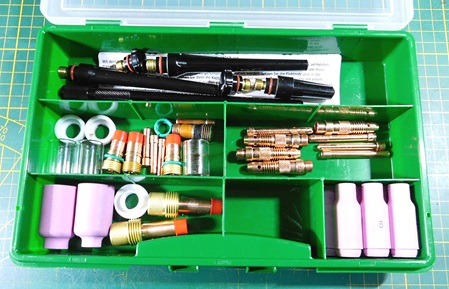 Spare parts for the TIG torch. 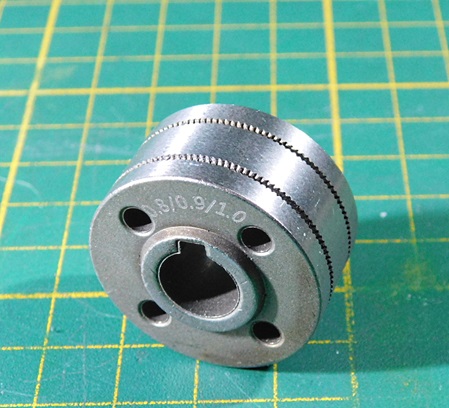 The wire feed roller is a special part and hardly available as a replacement. Other rollers from the accessories trade must be adapted. 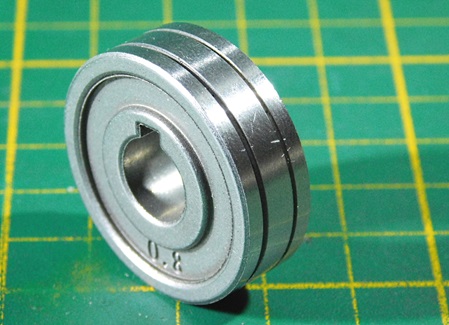 This is a feed roller from the accessories trade. The outer diameter and the bore are identical. Only the width is not correct. 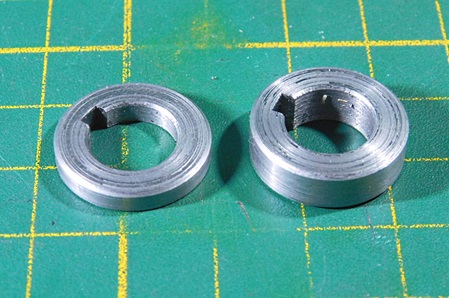 I have made myself appropriate shims.

This means that I can also use this roller in the multi-welding unit. 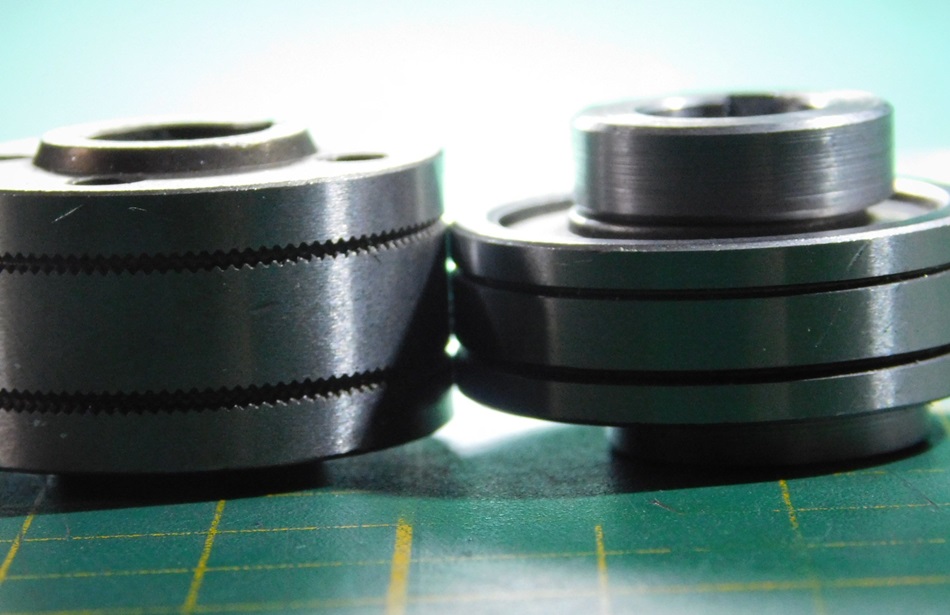 Original roller on the left. On the right, the replacement roller from the accessories trade with adapter discs. 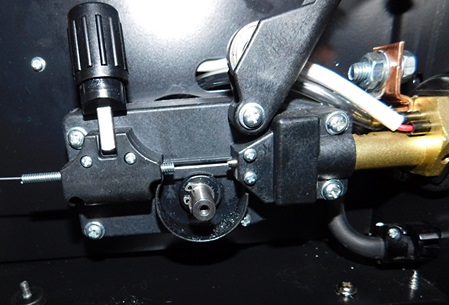 Fixture for the feed roller. 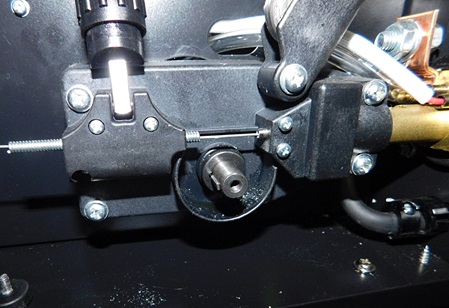 The first shim is attached. 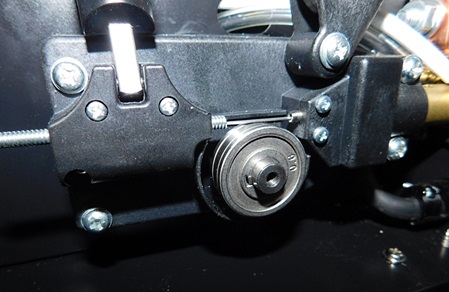 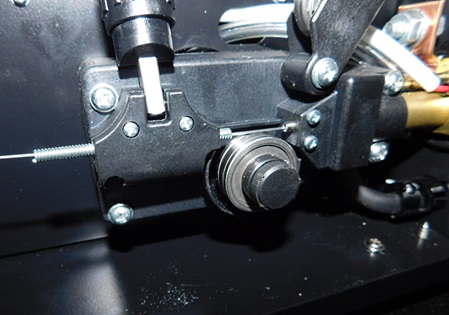 I experimented with it a bit and found that I can't use the 1 mm roll for the 1 mm filler wire.   However, with the 0.8 mm roll it works very well with the 1 mm cored wire. 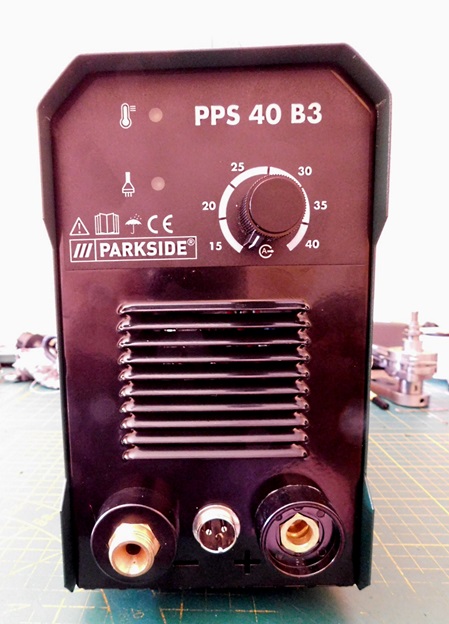 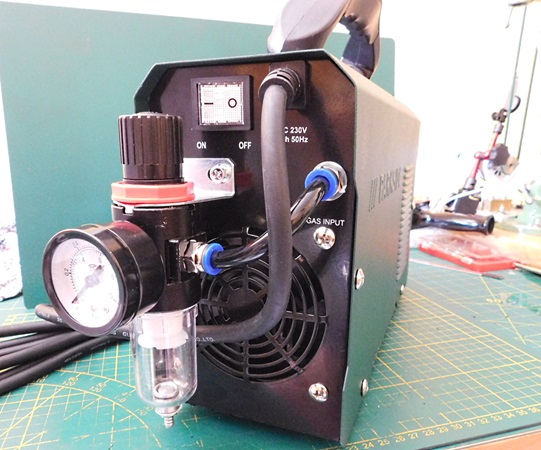 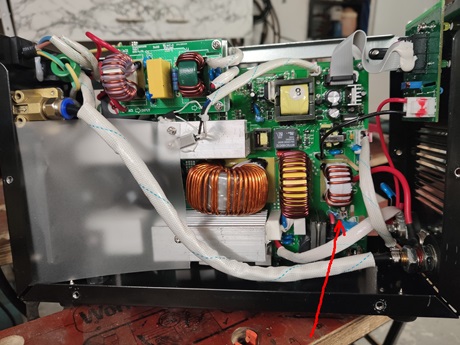 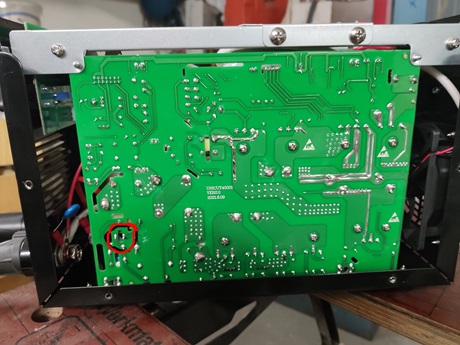 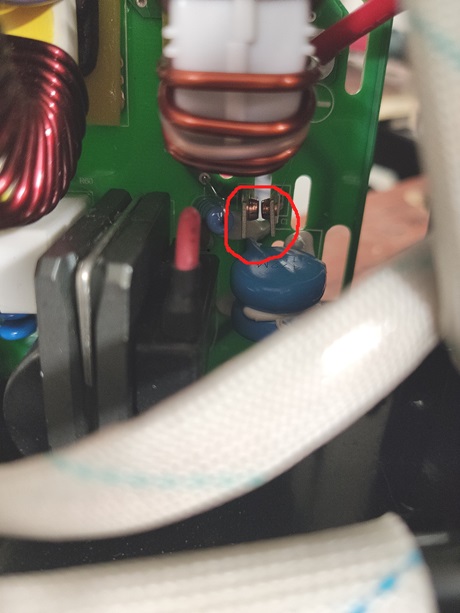 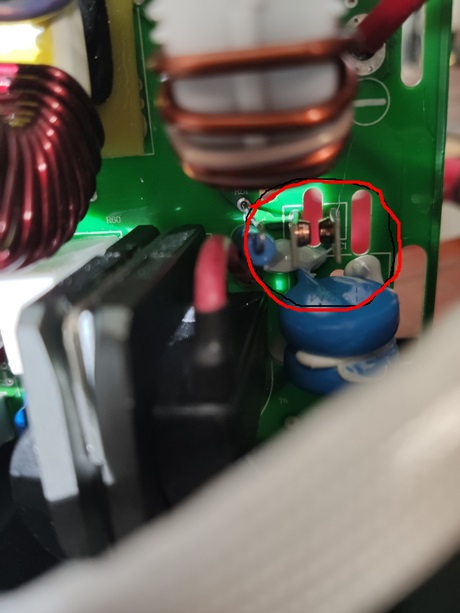